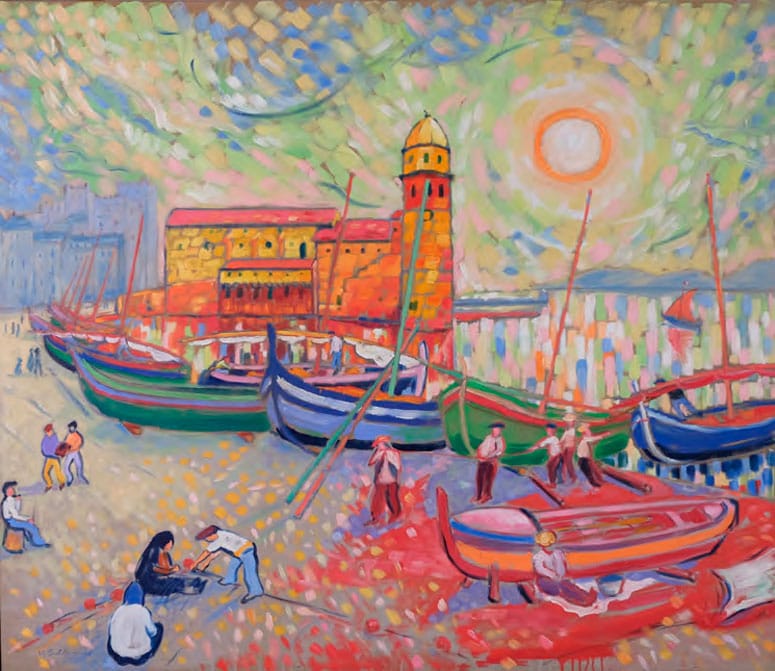 Around the turn of the century, the last century, the small fishing village of Collioure on the French-Spanish border attracted not only Catalan and French artists, but also international art lovers and adventurers. Inspired by the ancient past and the warm light of the coast, the famous Fauvist paintings were painted here in 1905. Based on four studies of the view of the fortified church, this major work was created in the styles of the painters Derain, de Vlaminck, Marquet, and Matisse. It shows an idea of the view of the village as the four Fauve artists would have reproduced it in a joint work, if they had been at this magical place at the same time in 1906.